Our Origins and Visions

St. Xavier’s Higher Secondary came into being in 1975 when the St. Xavier College Course was reduced from four years to three years and the 10+ 2+3 scheme of Education was implemented. In 1975 the Higher Secondary classes of the Std. XI and Std. XII. Which were initially attached to the College were formed into a separate unit having Arts, Commerce and Science Streams. In 1998 the Vocational Stream was started.

We have been given A Grade accreditation under the Bharatiya Jain Sanghatana Educational Quality Improvement Project. We also received the honour of being acknowledged as amongst the 100 Best Educational Institutions in India by Engineering Watch School Summit 2013 and were presented a scroll of honour at an award ceremony held in New Delhi.

The Archdiocese of Goa started the H.S.S. section primarily to cater to the growing demands from society for Higher Secondary Education.
The Institution aims to provide the benefit of a balanced all-round education to students with a view to forming young men and women who will be intellectually able, high minded and disciplined citizens of the country and will serve well in various walks of life they later choose for themselves. Therefore, we admit students without any discrimination or reference to caste and creed and the rights of conscience are fully respected. The Institution’s primary goal is to help the students to meet the challenges of a fast changing world by becoming men and women of Competence, of Compassion with a Conscience and with Commitment who will venture out into society to work with Dedication, Determination and Discipline.

On passing through the portals of St. Xavier’s H.S.S. we hope that the students will have imbibed the ability to think critically and creatively, genuine religious and moral values influenced by the spiritually haunting maxim of Ignatius of Loyola to our patron St. Francis Xavier, "What does it profit a man to gain the whole world and suffer the loss of his own soul?". ability to be able leaders and effective communicators, respect for all men and commitment to fight injustices, a spirit of discipline and tolerance, a genuine commitment to saving our Planet Earth by Daring to Care. 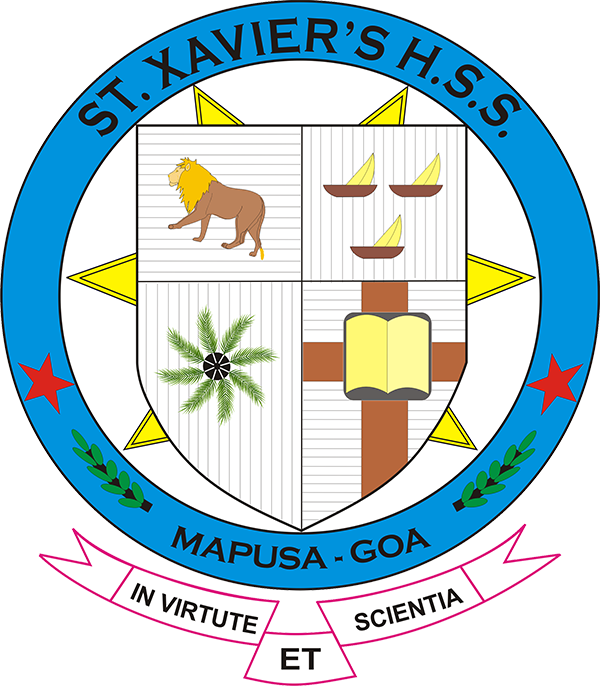