0832 2250233 mapsxhss@gmail.com
Prospectus for admissions to Std. XI is available in the School Office Admissions

The inaugural of the N.S.S Unit of St. Xavier’s Higher Secondary Mapusa for the academic year 2019 - 2020 was held on 9th July 2019. During this academic year, the strength of the N.S.S Unit was 1012 volunteers. The Principal Dr. Elvis Gonsalves welcomed the Chief Guest, the newly appointed N.S.S Coordinator MS. Lena Gonsalves and the gathering. The Chief Guest of the function was Rev. Fr. Apollo Cardozo. The Executive Committee comprising of the student officers were also installed.
“ Development of the personality of students through community service" is the aim of the national service scheme. Keeping this in mind, the N.S.S Unit of our institution conducted the following activities.

The celebration began during asssembly highlighting the importance of trees. It was followed by a dialogue presented by the NSS programme officers on the growi ng need of protecting the environment. The NSS Unit along with the Science Club organised a tree planting drive in the institution. The Vice Principals Ms. Magret Dias, Mr. Brian Duarte, the staff and NSS Programme officers, along with the students across all the streams participated and planted a variety of samplings in the campus. In all 60 samplings were planted.

SAY NO TO DRUGS, YES TO LIFE

A special programme was organised on 7/7/2019 by the North Goa District Police Cell along with Rise Nation Army and the Cripa Foundation to enlighten and create awareness amonst students on drug abuse and the use of music to combat this grave issue amongst the youth. The S. P North Ms. Chandan Chaudhary highlighted the problems of drug peddling. Rise nation army founder, Dr. Varun Carvalho demonstrated the positive effects of music over the negative effects of drugs. Senior Psychiatrist and Nodal officer at the drug treatment clinic at Mapusa, District Hospital, Dr. Rajest Dhume gave a powerpoint presentation highlighting drug addiction, stating that it is a controllable mental illness.

11th July is celebrated as World Population Day. The NSS Unit of St. Xavier’s HSS celebrated this day by organising a poster competition the theme ‘Over Population-Extra Load on Mother Earth. The competition was kept open for all the classes of Science, Commerce Arts and Vocational. One entry per student was allowed. In all there were 18 entries. Posters depicting the theme were put up in the corridor for the students to view. 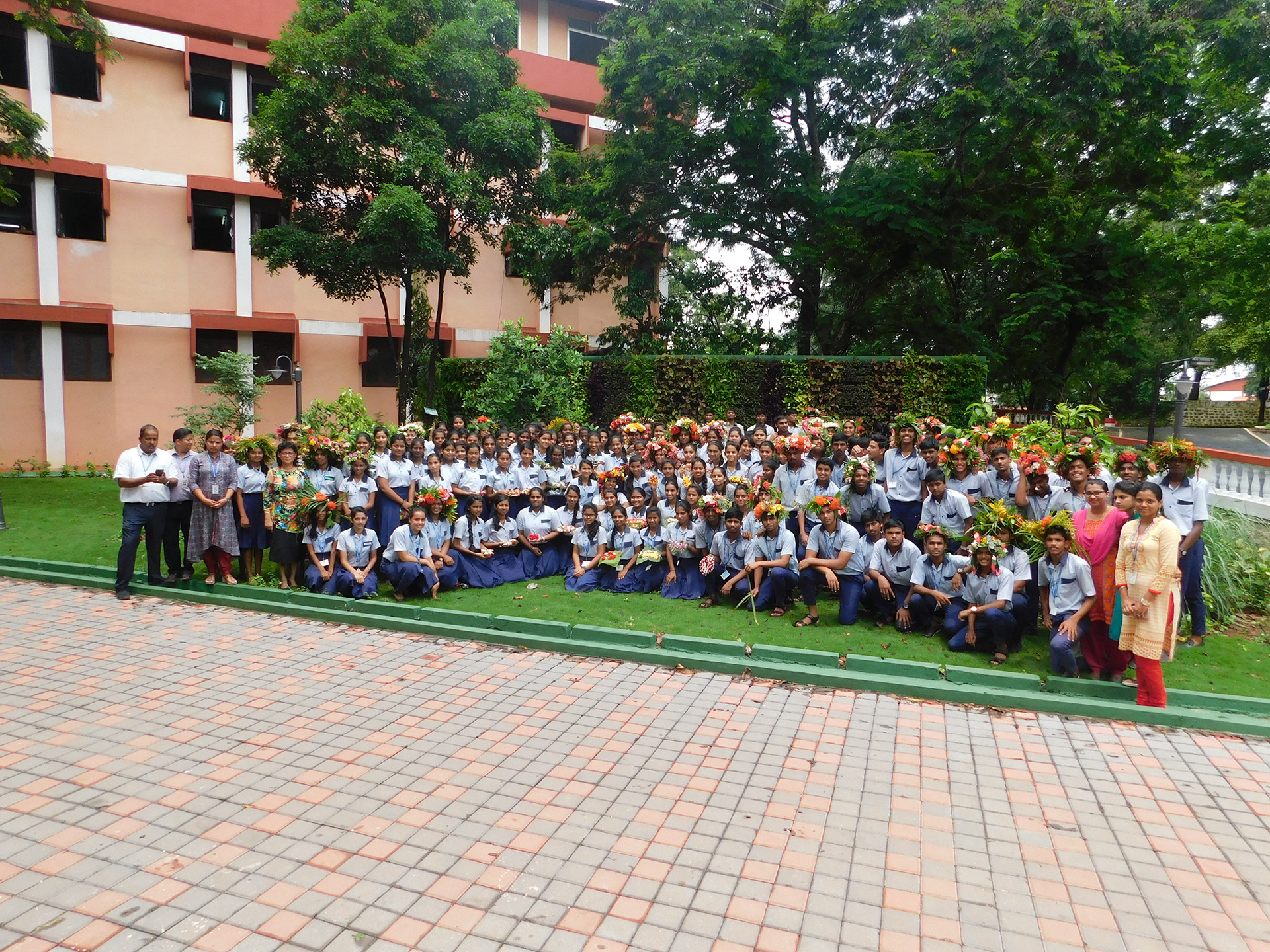 The Rangoli competition was held on the 26th August 2019 at St. Xavier’s HSS in the old library. The Theme was ‘ Beauty lies in Nature’. The competition was held across all streams. In all we had 60 participants who displayed their artistic skills, putting up various designs of rangoli based on the theme.

The NSS day was celebrated in St. Xavier’s HSS on 24th September 2019. On this day all students of Std XI and XII of the Arts, Commerce and Vocational were requested to assemble in front of the main building. Each class was handed over brooms and dust pans. The students of each class were divided into two groups. Each group was given the responsibility to clean classrooms and the other group to clean the campus. The campus cleaning group was directed to clean the area allocated to them. Each group swept and cleaned the areas, students in the classroom also removed cobwebs, swept under the benches and platforms, dusted benches and moped the greenboards with wet cloth. This activity lasted for about an hour, after which they were given time to freshen up.

The Director of Sports and Youth Affairs had organized a 2km run/walk and garbage collection drive on 2nd October ST. Xavier’s Higher Secondary School had organized a 2km run/ walk and garbage collection drive on 2nd Oct, 2019 at 8.15am. The NSS volunteers of the institution walked and ran to promote a clean environment through their message “ For Fitness and Wellness”. Students along with Staff members were divided into groups and sent on different routes collecting garbage. After disposing of the garbage, it was collected by the municipality.